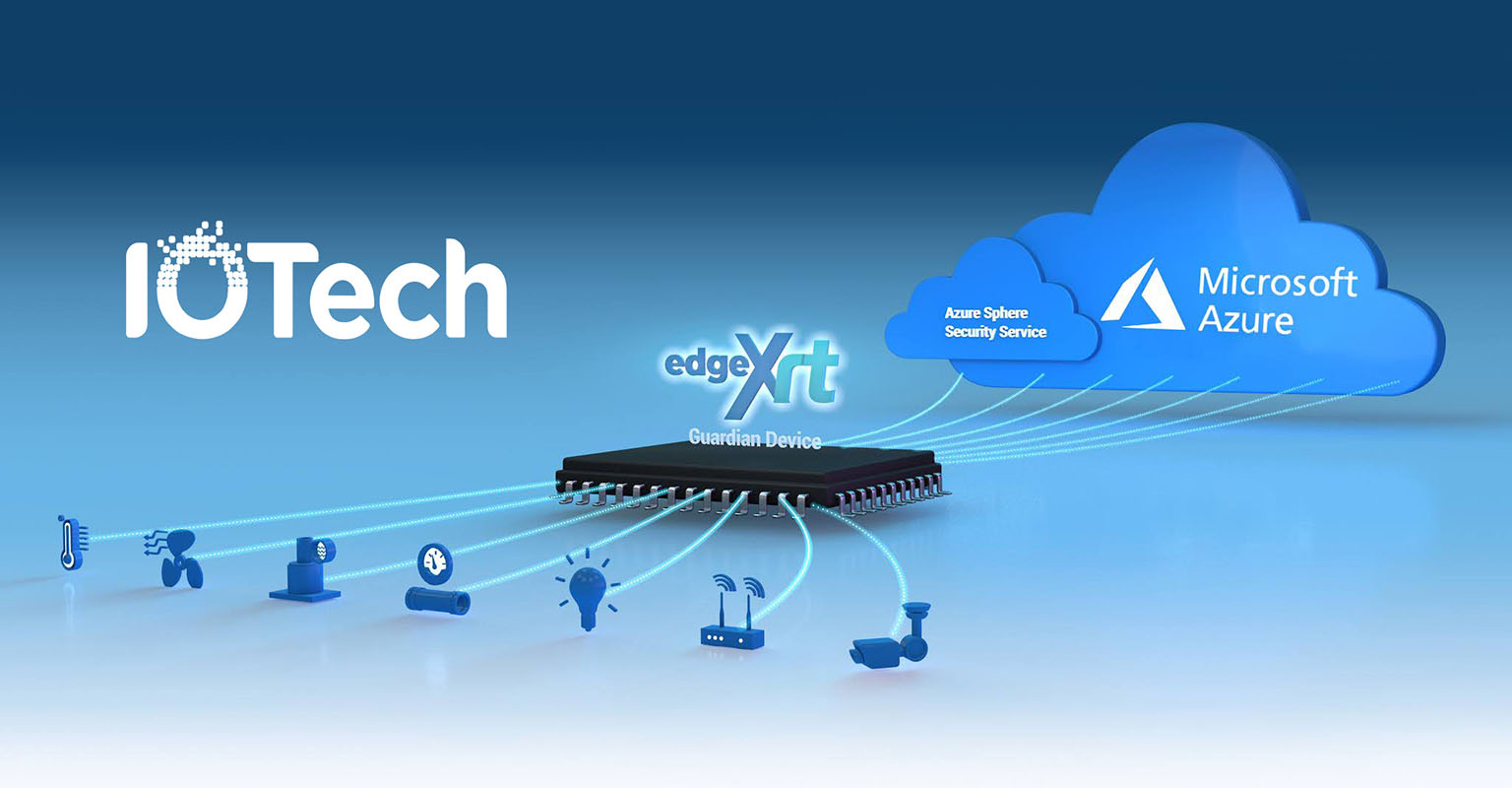 The migration to Cloud-based IoT functionality is relentless and rapid

We spoke with Andy Foster, Product Director at IOTech, about Edge Computing, and the IoT in the Cloud.

The migration to more sophisticated Cloud-based IoT functionality is relentless and rapid. However, ensuring optimal functionality in the complicated infrastructure that is our current connectivity ecosystem is no small task. Advances in leveraging computing power to increase performance in situations where the application system’s hardware may not be the most capable.

One of the companies addressing advanced computing functionality in the cloud is IOTech, the edge software company, which recently launched Edge Xrt, a real-time software solution for Microsoft Azure Sphere, a secured, high-level application platform with built-in communication and security features for connected devices. Designed and optimized for resource-constrained environments, Edge Xrt enables device connectivity and edge intelligence for MCUs, gateways, and smart sensors at the IoT edge.

EE: Looking at it from the point of view of the designer, the moving parts have increased by multiple orders of magnitude. The fact that there were different protocols in the hardware days, but they were expressed with connector shapes. Today you could have a device that could functionally utilize upwards of say four different bandwidth solutions wirelessly.

Andy Foster: I think that's one of the big challenges for IIoT systems at the edge. An industrial IoT system can be a very complex world.  For example, a factory environment is extremely heterogeneous and in most cases consists of a number of siloed systems each supporting many different device types (e.g. PLCs, sensors, other types of connected devices, etc.,) that communicate using a large variety of protocols.

What the IIoT and edge computing is trying to achieve is to basically give you a much better operational picture of exactly what's going in an industrial environment, for example, on a production line. Instead of just being able to tap into a single data source, IoIT applications may need to connect in parallel to multiple data sources. In an industrial environment, this means providing the ability for edge applications to easily access the data from these systems independently from the protocol each individual OT endpoint is using.  OT connectivity remains a significant challenge and is one of the key areas where IOTech puts a lot of focus as a company.  Our aim is to provide extensive out-of-the-box, configurable connectivity for their myriad of standards that our users encounter across industrial verticals, from a factory floor to a retail space.

To give you an idea of the scope of the challenge, the types of protocol/communication standards that companies like IOTech need to support include wireless protocols such as ZigBee, Bluetooth, and RFID,  a wide range of standard industrial IP and serial-based protocols (e.g., Modbus, BACnet, OPC UA, OPC UA Pub/Sub, EtherNet/IP, EtherCAT, DALI, etc.) as well as proprietary protocols developed by the big automation vendors (e.g. PROFIBUS, PROFINET, S7, etc.,).

This is where the platform technology, in particular, the edge software infrastructure plays a big role by enabling this connectivity which in turn allows the system integrators, ISVs, or even the end users who are building the applications, to be able to access and leverage multiple data streams to create business value using the data. For example, to be able to analyze the overall efficiency of a production process or use real-time plant data to drive a predictive analytics application to help prevent production downtime. For systems that require low latency response times or fast decision making means running the applications locally at the edge.

What you actually need to do is be able to tap into all these data streams easily. You don't want to have a big, complex, costly software integration activity just to acquire the data which has traditionally been the case. Edge software solutions allow you to normalize the data from multiple data sources into a common representation so that it can be easily consumed by the applications running locally on the edge. The edge software platforms also provide the ability to take the normalized data and perhaps filter or transform the information before being to be sent to the cloud for further analysis or even storage (e.g. a video feed). In this case interoperability between the edge and cloud systems is key.

EE: The recent Mars mission is a triumph of telemetry, and the space program had to deal with the issues of latency a long time before industry did, and talking about old concepts, old terms, and new concepts, new terms, they had edge computing before they called it edge. They just simply put a computer in every spacecraft.

Andy Foster: Edge computing and decentralized systems or centralized client-server computing are not new concepts. People have been creating edge systems in industrial environments such as a factory for many years. The emergence of cloud computing, with the ability to deploy application workloads in the cloud, is something that emerged about 20 years ago.

What’s new about Industrial IoT is that it is driving a convergence between the OT/edge and Cloud/IT worlds. The edge is important for IoT because it is supporting a new generation of low-latency AI and analytics applications using a “fusion” of data feeds from the OT systems. However, as mentioned previously interoperability between the edge systems and the cloud systems is also very important. So that's something that is a bit different and we're finding that it's not simply a case of saying we're going to deploy everything on the Edge.

In fact, most of the systems that our customers deploy require a hybrid edge-cloud architecture. They run local edge application workloads when latency and response times are critical, or maybe to protect sensitive data which they don’t want to send to the cloud. Typically at least a subset of the data is sent to the cloud for longer-term analysis or perhaps to retrain AI models that subsequently get redeployed down on the edge nodes.

Every system requires some level of security and depending on what you're trying to achieve, will have a big impact on the security capabilities that you need to be able to deploy within the system. Security is a big concern, particularly when part of your system is connected to external networks.

Finally, once you’ve created your connected edge application and worked out your security strategy, how do you deploy it at scale, perhaps across many factories each supporting 100s of edge nodes? We need to be able to manage both the edge nodes and the orchestration of any software and the applications that are running on these nodes.  At scale and for systems that may be in production for many years, the management of edge systems remains a problem that is not yet fully addressed and an area where edge platform software vendors such as IOTech are investing heavily in new product development.

The original article was published on Evaluation Engineering

CompanyNews and UpdatesNewsDevice Connectivity & the Edge in Resource-Constrained Situations